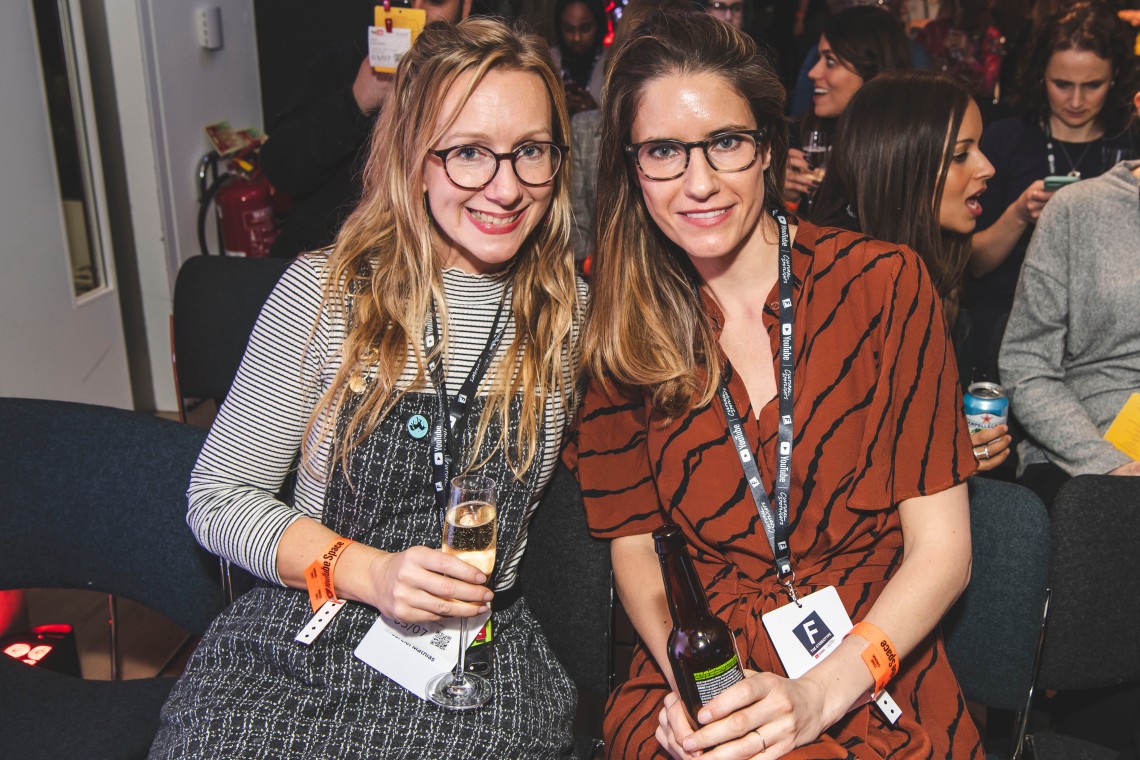 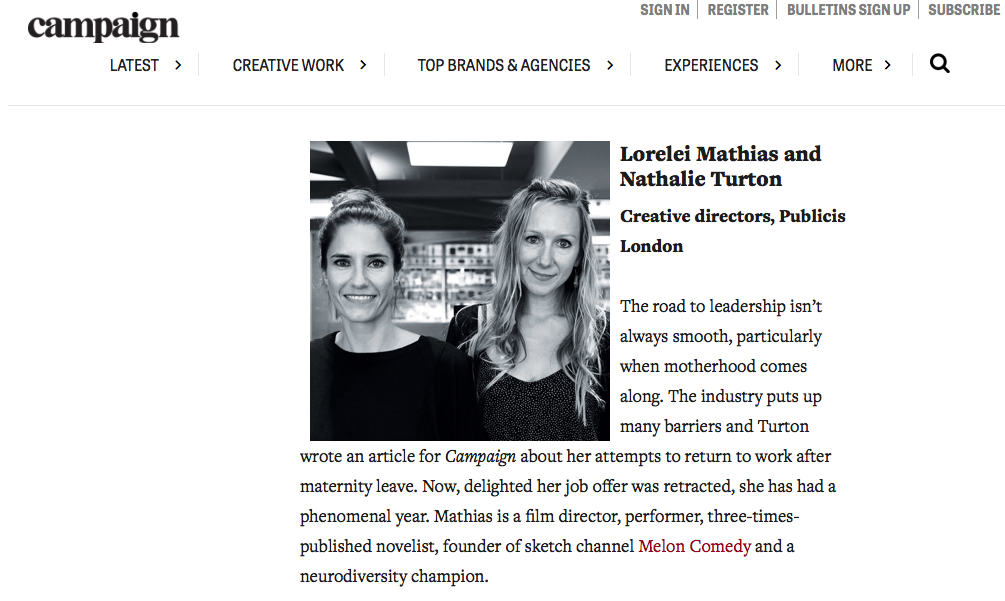 In 2018 we wrote an article about returning to work after maternity leave. It went viral and Nat was asked to be a panel speaker at the Creative Futures conference in May 2018. 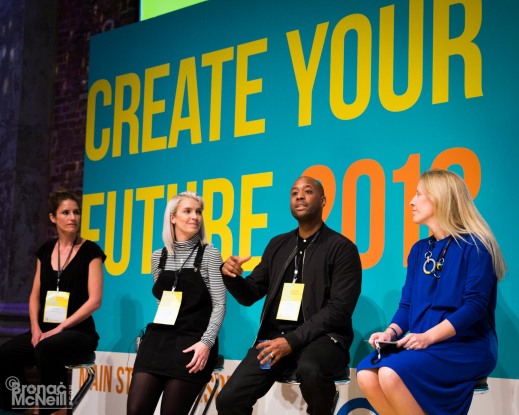 After lots of lovely emails from people we’ve taken a permanent job at Publicis London. One year on, we wrote a ‘thank you for not having us’ letter which was also widely read. 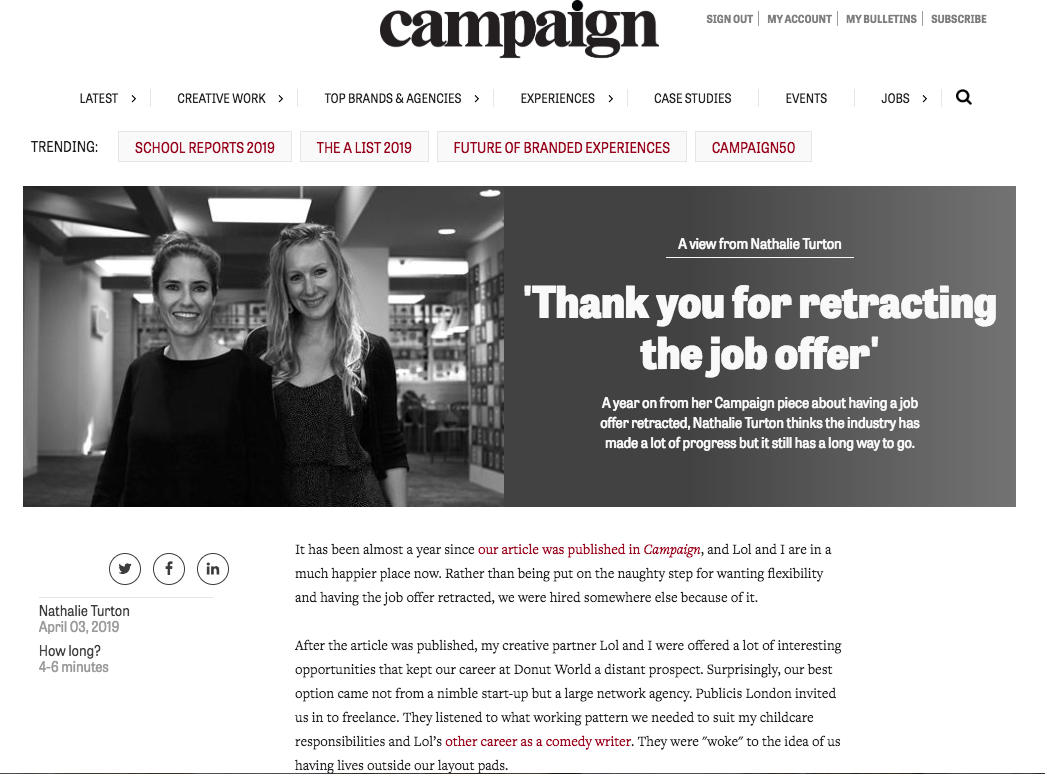 Nat’s been a speaker at Facebook, Creative Futures, D&AD, and Radio 4 Woman’s Hour. 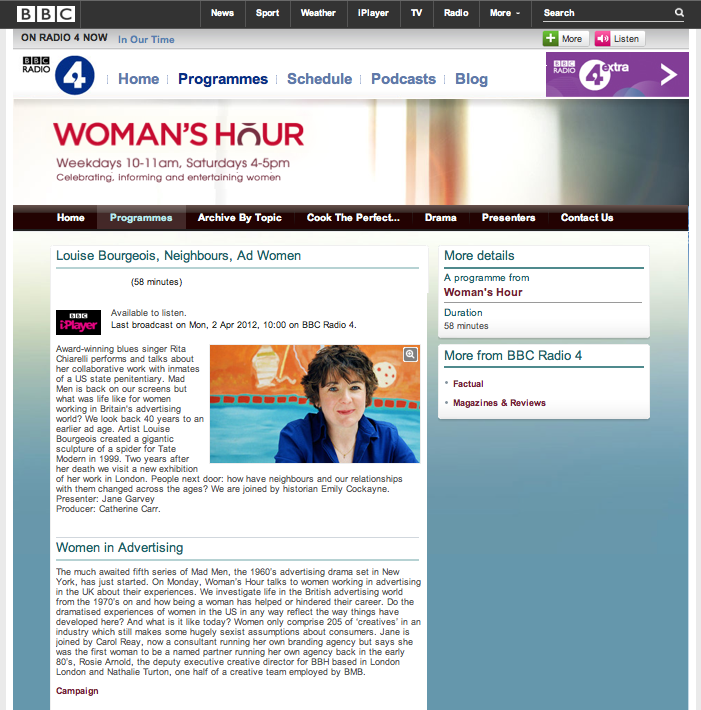 In 2007 we won the UK Cannes Young Lions Film Competition, and were asked to write a blog for Campaign all about it. It lasted 8 years.

Jan 2017 – current – Creator & Co-writer, MELON COMEDY – a global, diverse comedy collective, focusing on silly sketches about melancholy things…. From mental illness to the male gaze to ghosting. We are talking to prod cos about our first pilot in Ldn and Aus.

May-Oct Creative Director & Publicist for Peckham Lido – (voluntary) Creator & Producer of campaign ‘Splashmob Peckham’ – to bring 200 local residents to the site of the derelict lido and pose in their swimwear to draw attention to how much Peckham wants its lido back. Got in the Guardian & Time Out and smashed the funding target.